Marvel's latest offering, 'Venom', is maybe the worst movie I've ever seen in my life but I loved every second of it. Currently sitting on a 30% rating on Rotten Tomatoes, it's safe to say critics aren't digging this film, but that doesn't necessarily mean it's bad. I mean I'll be honest, it's a lame, exceptionally poor quality film, but it has a certain charm about it that you probably wouldn't understand without a millennial sense of humour. Coming from a 20-something Culture Kings employee, this review might hit closer to the mark than a 9-5 journalist that actually has money in their super account.

This movie felt like it fell through a wormhole from approx 2006 and arrived here in 2018. Just think - if this movie was released in the 2000s (Marvel's first movie was 2008's 'Iron Man') it would have gone fucking OFF. It has a pretty basic plotline, headed by Tom Hardy's Eddie that has maybe the most questionable American accent I've ever heard with some seriously pathetic one-liners. It's nothing groundbreaking or revolutionary. It's classic Marvel, but that's okay.

The whole theatre was in hysterics for most of the movie. It's lame and it's basic but it's fucking funny. The character of Venom from the comics is supposed to be funny in this way, much like Deadpool. It's supposed to be trash, because the comics are written exactly like that.

If you're unfamiliar with the overall plot of Venom, you see the character of Eddie become "infected" with an alien parasite named Venom that becomes one with Eddie, giving him incredible strength, speed and an appetite for human flesh. He is the classic anti-hero, which is definitely more refreshing than Captain America's crazy political patriotism if you ask me.

The whole movie is set in San Francisco which is more realistic than the usual Marvel movie that traverses countries and continents and can become quite displacing. It's surprisingly not really an action movie at all - they spent most of the movie building up Tom Hardy's character and his relationships. This would be due to the fact that fans love the character of Venom, so they want to set the groundwork now for a good series. That said, the fight at the end with the separation of body-from-alien was really fucking dope.

Honourable mention goes to MVP Riz Ahmed who plays evil scientist Carlton Drake. This guy is an absolute ledge and by far the standout star (besides Woody Harrelson in the end who is definitely going to steal the show in the second film).

Overall, we'd give Venom an 8/10. It was everything you want in a fun Marvel movie. No one wants 'Captain America: The Winter Soldier' and all the political commentary on society that comes with it. People want a fun time. So fuck the critics, if you want to forget this miserable existence we call life for 2 hours and 20 minutes with some pretty dicey acting from Tom Hardy, have a good time and go and see 'Venom'. 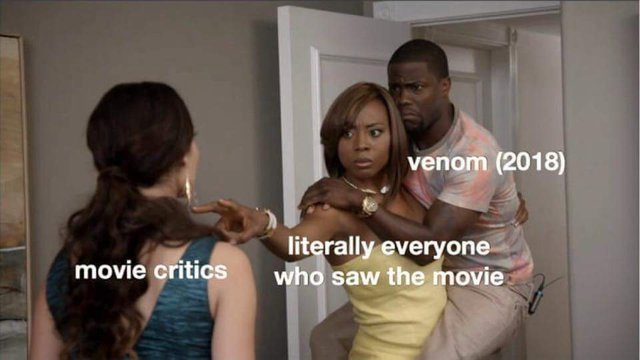 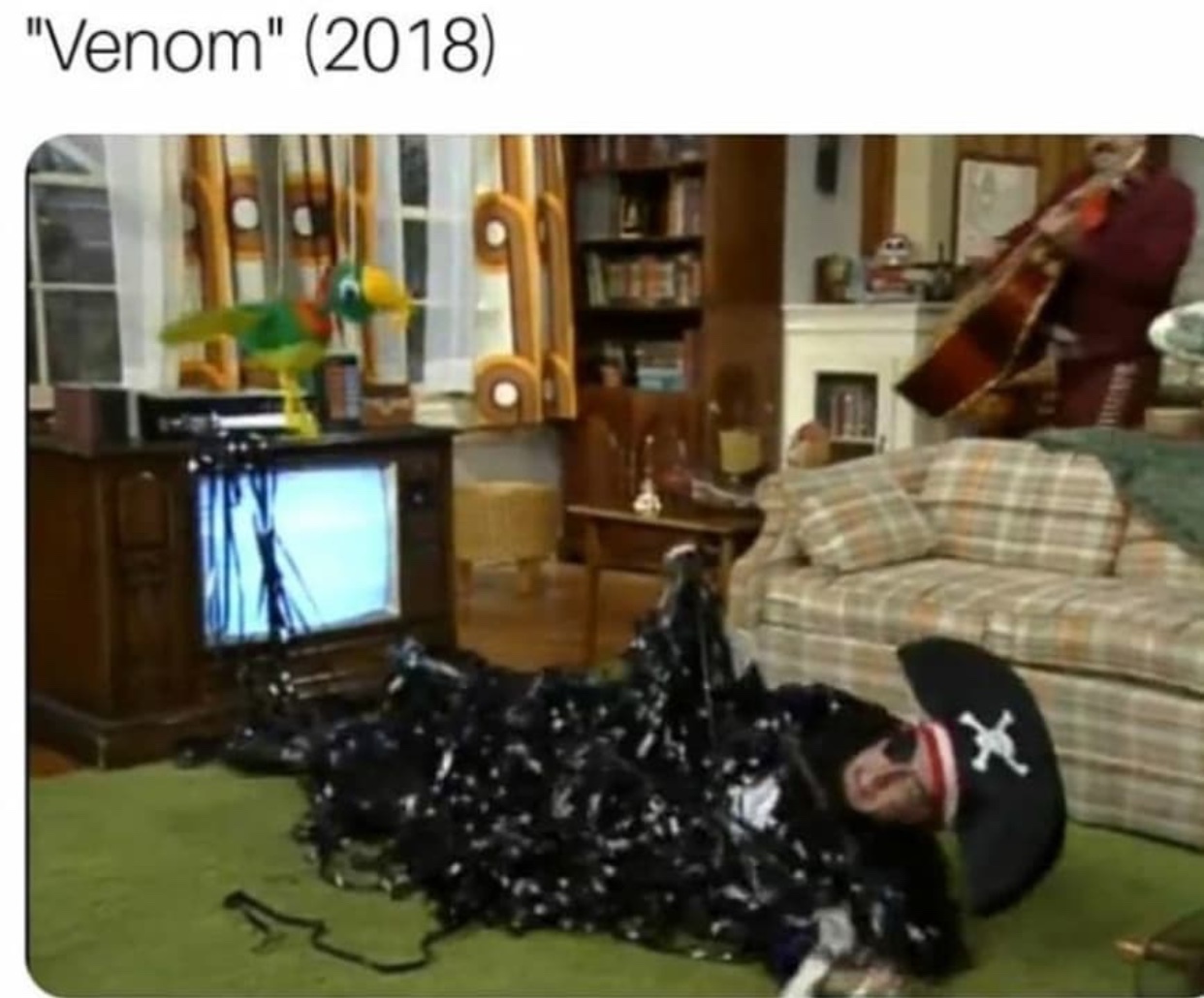 The only good thing about the "Venom" trailer is how Tumblr is reacting to it pic.twitter.com/kX6Ju8iSOz

how i'm tryna get my pussy ate pic.twitter.com/RYdFGUZeka

friends: you're coming right. you're not going to wait until 10 minutes before and text everyone that you can't make it
me: pic.twitter.com/VlJ0byyaG1